For other kings, see King.

King Ackbar is often associated with an oil business in Kairosoft games. He claims in Game Dev Story to have a love for video games. His name is thought to be a pun on Admiral Ackbar from Star Wars.

King Ackbar appears in the downstairs of the 3rd studio. 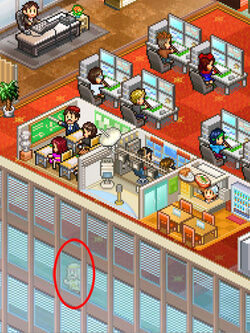 Equip staff with Acbar Form will convert into King Ackbar. 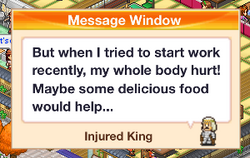 Found in the games as a: Special Guest; Tourist Clientele.

A special employee that can be hired.

Ackbar is both the owner/sponsor of Ackbar Oil and autoburg, as well as a driver who may be hired.

Appears as a Job called Mogul in High Sea Saga.

He can be hired as a Lvl. 2 Copy Editor using the Headhunt recruitment.

Quote: "I came to buy some games. I like video game stores best."

Appears as customer No. 57.

Leader of the "Gas Survey Tour".

Also appears as an opponent/rival in certain contests.

A player that you can sign to your team.

King Ackbar is a possible resident. In order to recruit him, you need to build the Shopping, Date, and Hollywood Combos. His occupation is Entrepreneur and he comes with a jet.

A citizen of Aegyptus.

Retrieved from "https://kairosoft.fandom.com/wiki/King_Ackbar?oldid=55072"
Community content is available under CC-BY-SA unless otherwise noted.