Grand Prix Story is a racing game where your goal is to finish first in all the races. You do this by building a car, installing parts, hiring new staff, upgrading to new workshops, and participating in harder and harder races, all the while training and leveling up your staff, and vehicles.

Races in the game actually involve very little effort or knowledge of racing prior to play. Unless you wish to activate an aura, races just involve watching your driver. It can be beneficial to keep track of what part of the race your driver has difficulty with, and train the driver in that area, or balance your car in respect to that flaw. You can also drop out of a race, but this is only recommended if your vehicle's durability is so low your vehicle may explode.

After a race, you gain experience for the vehicle(s)/part(s) you used in the race which may level them up (this is different than upgrading them), you increase your sponsors' ad's effect, and see the top 3 winners of the race, along with receiving your prize money.

Vehicles are the most vital piece in a race, along with your staff. Vehicles have many factors that must be balanced to perform properly on a given track. An important part in creating a good vehicle is having a good team build it, as well as upgrading the vehicle and it's parts.

After you unlock a vehicle or drive, you must first research it before you can use it, which uses

Research Points. The amount of research varies between vehicles. Research is also required when unlocking parts.

Parts are an important aspect of a vehicles, as they raise a certain stats / provide a specific bonus, that the vehicle would otherwise not have. As you can upgrade and level up parts just as you can vehicles, this can offer a noticeable stat boost on your vehicle.

After you unlock a part, you must first research it before you can use it, which uses

Research Points. The amount of research varies between vehicles. Research is also required when unlocking vehicles.

When installing a part, it is important having a good team install it, as the experience of the team will ultimately decided on the stats of the part. Auras can also boost the effectiveness of the team.

Your racing team is composed of two groups; drivers and mechanics. Each plays an important role in the garage. Mechanic's usefulness primarily comes in the form of the number you can have at once, while drivers not only act as a mechanic, but are also responsible for participating in the actual race.

Each of your staff can level up / train, although how they do this is different for each. Mechanics level up with the use of Research points. Drivers go through training which uses up their energy, their aura (if they have one), and costs money. On top of training, your mechanics have a random chance to obtain small random stat increases while they work.

Your driver(s) may obtain auras, which you can then use in a race, upgrading a vehicle/part, building a vehicle, or training a driver. However, it can be beneficial to use a high-level aura only on certain activities, as they are somewhat rare, and can also effect future play-throughs. Mechanics may not obtain auras.

There are many different races you can compete in, with various degrees of difficulty. Grand Prix races are multiple races rolled into one, with the over-all winner between all the races being the champion of the Grand Prix. 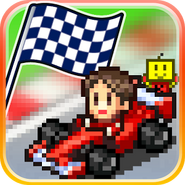 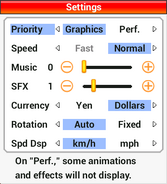 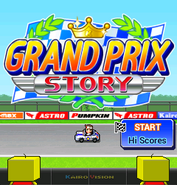