Making games is one of the trickiest but most rewarding parts of the game. If you make a great game, you'll make lots of money, and possibly be able to make a sequel. But if you make a bad game, you might start out with less cash than you put into it.

Making a game is comprised of many stages, and each stage is important:

Genres and types are an important aspect when making a game, as each game can only have one, and the ones you choose can greatly affect sales. These each cost different amounts to develop and each have a different popularity with consumers.

More importantly is that when you combine different genres and types, it is possible to make combos, which can range from "Not good" to "Amazing!". This can be very important to making a top-selling game.

After a game is released, you will have the option to name it, it will be reviewed by critics, and then copies will start to be sold. If the critics find a bug, your score will drop. The critics can give you 10 points each, for a total of 40. A minimum total of 32 points is needed to have a game inducted into the Hall of Fame.

You will be given an announcement if your game will make the sales charts, and how close to the #1 spot it will be depending on initial sales.

The sales will then go into your funds for the next few months before it wanes and the game is finally taken off the market.

Be warned, however, you may be notified of a game from another company with the same genre that may be on sale the same time you release yours. It will affect your sales at a result.

Bugs will occasionally be created alongside Fun, Creativity, Graphics and Sound points by your staff while they are developing a game, creating a console, working on a contract, or just sitting around. Bugs can also be created in large numbers should one of your employees fail a Boost. Bugs are tracked on the right side of the bottom bar alongside the other development points.

Bugs are not completely negative, however, as every time a bug is is removed, the player is granted 1-3 research points.

If a game gets a review score of 32/40 or above, a sequel can be made out of it. The sequel must be started while the original game is still in the records (i.e. one of the latest 32 games). It can be made for a different console that the original, but the genre and type cannot be changed. It will start with some of the points from the original game, but otherwise the development process for the sequel is the same as any other game. Each game can only be sequeled once; the sequel, if it again gets a review score of 32/40 or above, can itself have a sequel. 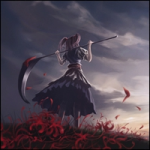 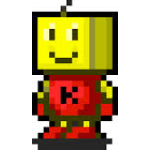